Born in Havana, Cuba, Tania León is highly regarded as a composer, conductor, educator, and advisor to arts organizations. She is a recipient of the 2022 Kennedy Center Honors, along with fellow honorees George Clooney, Amy Grant, Gladys Knight, and U2. Her orchestral work Stride, commissioned by the New York Philharmonic, was awarded the 2021 Pulitzer Prize in Music.

Honors include the New York Governor's Lifetime Achievement, awards from the American Academy of Arts and Letters and the American Academy of Arts and Sciences, and the ASCAP Victor Herbert Award, among others. She also received a proclamation for Composers Now by New York City Mayor, and the MadWoman Festival Award in Music (Spain). León has received Honorary Doctorate Degrees from Colgate University, Oberlin, SUNY Purchase College and The Curtis Institute, and served as U.S. Artistic Ambassador of American Culture in Madrid, Spain. A CUNY Professor Emerita, she was awarded a 2018 United States Artists Fellowship.

Chitra Arunasalam uses her training in finance to enrich society by enabling the arts and fighting for social justice. She has over twenty years of experience in the non-profit sector, mostly putting her skills to work in arts organizations. Most recently, she served as the Finance Director for New Music USA (formerly Meet the Composer) for ten years. Chitra played a pivotal role in the merger of Meet the Composer and the American Music Center to form New Music USA. In her other life, she is a visual artist and an intuitive healer.

Composer and clarinetist David T. Bridges' music is often driven by motivic transformations and unifies extended techniques with classic and narrative structures to provoke a visceral response.  Bridges' compositions have been internationally performed, featured on festivals, and released on Navona Records.  He earned degrees in Music Theory and Composition from the CUNY Graduate Center, Queens College, and Hofstra University.

Bridges' multifaceted career includes teaching music theory at Brooklyn College, designing and teaching a composition series at Buckley Country Day School, and performing new music on clarinet.  He currently manages venue sales and client services for Merkin Hall and is on the Board of Directors for The Astoria Choir where he directs collaborative programs and commissions fostering the interaction of regional composers with the ensemble, audiences, and non-traditional venues.

Simon M. Brown is a pioneer in musical realism, a practice that recreates the world's sounds to make intentional music. By studying physical models, he has been able to write works that audiences can interpret as both music and specific sounds. Recent examples are "correspondence," for amplified pencil and paper, "liquid liquid," which uses a string quartet and loop pedals to create the illusion of water, and "get around," a study in the sound of race cars. His "daydream" series is an exploration in the relationship of soundscapes to intentional music. Previous teachers include Tania León, Morton Subotnick, Andy Bonnacci, and Jason Eckhardt. Simon hails from some imaginary equidistant point between New York City and western Massachusetts. He loves making handmade pasta and listening to records. He owns a lot of records with flour stuck in the grooves.

Marcello Di Russo is an Italian composer, educator, and administrator based in Brooklyn, New York. A music lover since his teenage years, Marcello earned an A.A. in Liberal Arts - Music option from LaGuardia CC, a B.Mus in Composition with a minor in Music Recording Technology from the Brooklyn College-Conservatory of Music, and he is currently pursuing an M.A. in Arts Administration at Baruch College. Since 2018, he has been the president and an active member of the Brooklyn Composers Collective.

Outside the music world, Marcello has an ongoing career as a basketball coach after spending over 10 years coaching youth and professional basketball teams in Italy.

Amy Roberts Frawley has held positions including: Director of Merkin Hall at the Kaufman Music Center where she created a series hosted by Terrance McKnight, co-curated and produced the Ecstatic Music Festival with Judd Greenstein, produced 10th anniversary performances of Laura Kaminsky's groundbreaking chamber opera As One, and managed day-to-day operations for the Hall; Executive Vice President of Concert Artists Guild, where she produced concerts in non-traditional venues including LPR and Barbes, main stage series at Zankel and Weill Recital Hall at Carnegie Hall, and galas at venues including Anthropologie at Rockefeller Center, the Yale and University Clubs, and Christie's, created marketing and development campaigns, oversaw CAG Records and the annual competition, and mentored more than a generation of performers including Claire Chase, the Brasil Guitar Duo, Imani Winds, Soyeon Kate Lee, Michael Brown, Kono Michi, and the Parker Quartet; Performing Arts Curator for Wave Hill where she curated and produced indoor concerts, a summer outdoor series, and most recently returned to the Garden in summer 2021 to production manage performances for the Trisha Brown Dance Company with dancers and audience traversing the grounds for site-related works.

Over the decades she has negotiated commissions for artists and ensembles including: Sybarite Five (Joao Luiz); Speculum Musicae (Elliott Carter, Mario Davidovsky); and Tanya Bannister (David Del Tredici, Suzanne Farrin). She is the chair of Claire Chase's Pnea Foundation and served on the board of directors of the Look + Listen Festival. 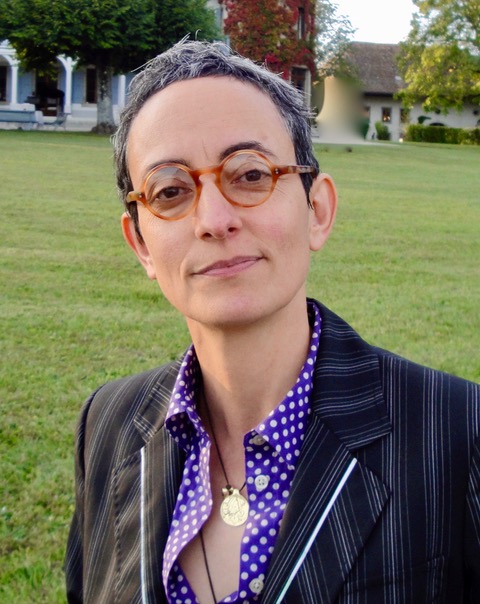 Having had experience internationally and across genres, Béatriz Hernández is an award-winning TV, Film and Music Producer, who has collaborated extensively with Celia Cruz, Arturo "Chico" O'Farrill & the Afro-Cuban Jazz Orchestra. Additionally, her other projects include the following GRAMMY award-winning and nominated recordings: Chico O'Farrill: Heart of a Legend, Paquito D'Rivera Presents: Las Hermanas Márquez, Paquito D'Rivera Tropicana Nights, Celia Cruz La Negra Tiene Tumbao, Chico O'Farrill: Heart of a Legend. As a producer, Ms. Hernández oversaw, researched and developed the concert and documentary Tribute to Paquito D'Rivera: 50 Years, El GranFellové: A Documentary, Jazz at Lincoln Center: Afro-Cuban Fiesta. As a consultant, she produced concerts for delegates for the Spanish Ministry of Cultural Affairs as part of the cultural celebrations of the General Assembly of the United Nation.

She has produced concerts at the United Nations General Conference with the flamenco artist Enrique Morente, Vicente Amigo and Cuarteto Simon Bolivar. Recently she has produced and managed American Songbook: Raúl Esparza at Lincoln Center, the Adrienne Arsht Center for the Performing Arts, and the Opéra de Lausanne.

She has had extensive and diverse experience as a human rights activist, in Geneva, Switzerland for the ICRC (International Committee for the Red Cross) and other NGOs in the United Nations.

David Hernandez is a guitarist, composer, and arranger born in Brooklyn, New York. He began playing guitar at the age of 14 and was a self-taught musician until he attended the Brooklyn College Conservatory of Music, majoring in music composition. In the conservatory, he studied under Polina Nazaykinskaya, Morton Subotnick, and Dalit Warshaw. He currently plays in a band called "Wince", composes and arranges for chamber ensembles, and writes scores for short films around the country.

Growing up in Westchester County, NY, Taya Higgs was constantly surrounded by music. Early in life, she developed a deep attachment to movies and the music that went along with them. Throughout high school, Taya was involved in many different music ensembles and programs as a percussionist. During her undergrad years at Stony Brook University, Taya fell in love with sound design, composing, and audio mixing for film. She also fell in love with vocal arranging and production after joining the Stony Brook Pipettes, the all-female a capella group on campus.

Now, Taya is pursuing an MFA degree in Sonic Arts at CUNY Brooklyn College where has been able to work on student projects as an engineer, a sound designer, and a composer. She hopes to continue growing and is excited to meet a larger community of composers through Composers Now.

Andrew Porter is an African-American composer, pianist and saxophonist born and based in Brooklyn, NY. He attended City College before transferring to Brooklyn College in 2017. Studying Music Composition under his beloved mentor Polina Nazaykinskaya he would graduate with a B.Mus in Music Composition in 2020. During his college career, he developed an interest in the world of theatre, composing, musical directing, and assisting for a number of productions throughout the CUNY system, including Blood Weeding (2017), A Cat, A Man, A Laundromat (2018), The Moors (2020), & most recently the devised play @muse_me (2021).

He is currently Sound Designer for a production of The Glass Menagerie at The Glove Theatre in Gloversville, NY.