"Civitella Ranieri has a long tradition of Affiliated Fellowships, but this is our first exclusively dedicated to music and composition. We look forward to the candidates Composers Now will identify, and to welcoming them to Civitella in the coming years."
- Dana Prescott, Executive Director, Civitella Ranieri Foundation

Missy Mazzoli was recently deemed "one of the

more consistently inventive, surprising composers now working in New York" (The New York Times) and "Brooklyn's post-millennial Mozart" (Time Out New York). Her music has been performed all over the world by the Kronos Quartet, eighth blackbird, pianist Emanuel Ax, Opera Philadelphia, LA Opera, Cincinnati Opera, New York City Opera, Chicago Fringe Opera, the Detroit Symphony, the LA Philharmonic, the Minnesota Orchestra, the American Composers Orchestra, JACK Quartet, cellist Maya Beiser, violinist Jennifer Koh, pianist Kathleen Supové, Dublin's Crash Ensemble, the Sydney Symphony and many others. Her second opera, Breaking the Waves, a collaboration with librettist Royce Vavrek commissioned by Opera Philadelphia and Beth Morrison Projects, premiered to great acclaim in Philadelphia in September 2016 and as part of New York's Prototype Festival in January 2017.  The work was described as "among the best 21st-century operas yet" (Opera News), "savage, heartbreaking and thoroughly original" (Wall Street Journal), and "dark and daring" (New York Times). From 2012-2015 Missy was Composer-in-Residence with Opera Philadelphia, Gotham Chamber Opera and Music Theatre-Group, and in 2011/12 was Composer/Educator in residence with the Albany Symphony. Missy was a visiting professor of music at New York University in 2013, and later that year joined the composition faculty at the Mannes College of Music, a division of the New School. 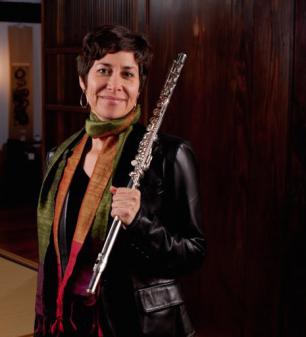 Jane Rigler is a composer, flutist, educator and producer. Her compositions include solo acoustic pieces inspired by language to complex interactive electronic works that pay homage to communities, language and the sounds of the environment, whether they be the natural world, animals or people and machines. Her work, While You Sleep, is a documentation CD that includes a sound installation made at the Chihan'an Art Project residency in Ohito, Japan in 2013. Her book, The Vocalization of the Flute, demonstrates new and ancient methods of singing-while-playing the flute. Her latest CD, Rarefactions, was released in fall 2015 on the Neuma Records label. During a Harvestworks residency, also in 2015, she created an interactive piece in collaboration with composer Elizabeth Hoffman.

Read Jane's reflections on her time at Civitella Ranieri:

"There are no words to express how deeply appreciative I am for this time, this magic place, this gift of integrity. The sounds, the textures, the light, the flavors, the camaraderie filled my days with a new sense of hope that we can all support each other's artistic vision to create a more harmonious world for all."

To learn more about Jane's Civitella Ranieri Affiliated Fellowship, read her 2016 Europe Blog and listen to St. Christopher's shoulders, which she composed during her residency.

Darcy James Argue is a Vancouver-born, Brooklyn-based jazz composer and bandleader. He is best known for his work with his 18-piece ensemble, Secret Society, with which he has released two GRAMMY-nominated albums and toured nationally and internationally. Argue has received commissions from the Danish Big Band, The West Point Jazz Knights, The Jazz Gallery and the Jerome Foundation, and fellowships from New Music USA and the MacDowell Colony, among others. In addition to Secret Society, he has composed works for chamber duo and string quartet, art songs for Newspeak and created arrangements for the Atlanta Symphony Orchestra. His CDs are available on the New Amsterdam Records label. 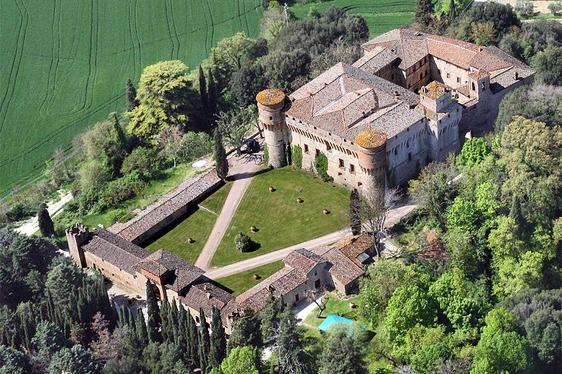 Located in a fifteenth-century castle in the Umbria region of Italy, Civitella Ranieri Center is a workplace for international composers, writers, and visual artists. Since 1995, Civitella has hosted more than six hundred Fellows and Director's Guests. In keeping with the spirit of its founder, Ursula Corning, and the tradition of hospitality and support for the arts that she established at the castle, the center enables its Fellows to pursue their work and to exchange ideas in a unique and inspiring setting.