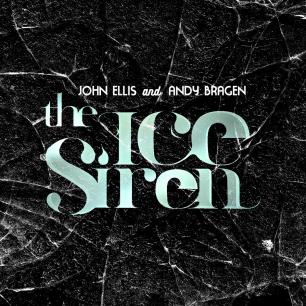 The Ice Siren was made possible by The Jazz Gallery and was premiered on May 29th and 30th, 2009 as a part of their Large Ensemble Commissions Series. These shows are a part of the Ice Siren's record pre-release party (actual release on March 20th), and CDs will be available to purchase on the night.

The Ice Siren is an hour-long composition with music by John Ellis and libretto by playwright Andy Bragen. The piece features an 11-piece ensemble including two singers. This is Ellis and Bragen's second collaboration — the first, Dreamscapes, had its premiere at the Jazz Gallery during the venue's Composers Series II in December 2007. A single composition, largely sung-through, The Ice Siren draws on traditions in jazz, opera and theatre. Taking inspiration from horror films, nightmares, puppetry and animated films, it is scary, romantic and sometimes quite funny. In The Ice Siren, a young man visits his dead lover's crypt and is lured down into it by an ethereal voice. Once in the crypt, he discovers a moonlit frozen lake, and again he is drawn forward, as if in a dream, toward the mysterious voice, which may or may not belong to his dead lover. The siren claims her victim, seducing him and wrapping him up with ice, so that they may freeze together, for eternity.