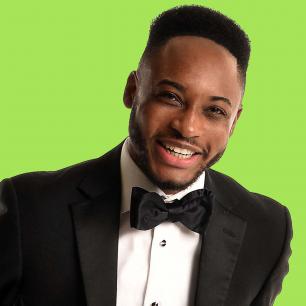 Markel Reed, a native of Charlotte, North Carolina, has been featured in various concerts, recitals, and performances throughout the U.S., Canada, and Europe

As a passionate conveyor of the operatic repertoire, Mr. Reed is a wonderful interpreter of both the standard, as well as contemporary works.

In 2019, Reed originated the role of "Chester" in the premiere of Terence Blanchard's acclaimed opera Fire Shut up in my Bones with Opera Theatre of Saint Louis.  Following this, Mr. Reed had the pleasure of singing in the Metropolitan Opera's Grammy-winning production of Porgy and Bess.